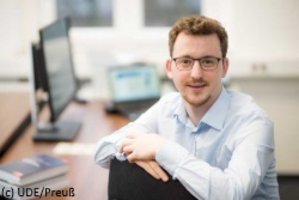 Visualizations make data readable — but only if the readers understand the visual representations used in the diagrams and can link them to the real-world entities described by the data. Some data variables and visual encodings might be clear for everybody, however, other variables and encodings require some explanation or learning before they can be understood and used. In this talk, I will discuss different strategies how to make visualizations more self-explanatory by integrating the visual representations with textual content. Simple methods include the usage of labels, annotations, and captions. Visualizations can also smoothly blend with texts based on word-sized graphics. As part of interactive systems, the textual content might automatically adapt to the data shown in the visualization building on methods from natural language generation. With this, I want to highlight the importance of textual content complementing the visualizations to provide truly readable data.

Fabian Beck is assistant professor at the University of Duisburg-Essen, Germany. His research focuses on methods for visualizing and comparing large and dynamic graphs and hierarchies, often in the context of software systems, their evolution, and execution behavior. He also investigates visual analytics systems and the integration of visualizations into text documents. He received the Dr. rer. nat. (PhD) degree in computer science from the University of Trier, Germany in 2013. He worked as a postdoctoral researcher at the University of Stuttgart Visualization Research Center (VISUS) until 2016. In 2018, he was awarded with the EuroVis Young Researcher Award and became Junior Fellow of EUROGRAPHICS.

Tangible Data Visualizations or Physical Visualizations are not a novel approach that came along with the digitalization of the world. Its roots lay long ago in the design and development of tools and machines. But the more time we spend in front of laptops and mobile phones to interact in the digital world, the more we long for traditional physical interaction and the ability to touch and interact, to be able to explore and understand data, that might be difficult to grasp when presented only in a visual format. This talk will show the roots and developments of tangible data visualizations based on a series of case studies spanning application areas from aircraft cockpits and autonomous ship controls to the usage of tangible data visualizations in our everyday life and our living rooms.

Regina Bernhaupt is Full Professor of Measuring and Analyzing Quality of Dynamic Real Life Systems. Making people's lives better by understanding how, when and why interactive systems fail is the driving force behind Bernhaupt’s research. Her focus is on how to evaluate technologies during all design and development phases – from idea generation to product deployment. In her work, she studies how to evaluate usability and user experience in various contexts, especially for entertainment oriented products and services. Bernhaupt’s background is in artificial intelligence, computer science and psychology. She is an active member of the human-computer interaction community and has organized conferences and workshops. She has also worked in various EU-funded and national projects and with the interdisciplinary team at the ICT&S Center, giving her a deep experience with interdisciplinary work, within institutions as well as projects. Her book on Games User Experience Evaluation (published with Springer) has become a classic for UX evaluation methods education. Her work on interaction concepts in industry has been awarded several red dot awards (over 12) including the Best of the Best for TICTACTILE in 2017.